In the summer of 2016, and after a brutal breakup with my ex of 8 years, I embarked on a climbing trip to Colorado that the two of us had originally planned. To take my mind off current events, I boosted the trip output considerably, biting off even more than I could chew. I flew into Denver in the early morning, rented a Jeep and made my way to the trail head. With no time to waste, I started my journey up Mt. Spalding(13,842ft) and the massive Mt. Evans(14,264ft).

The trail started off easy enough. Most of the snow I encountered was off trail and the path was easily marked. Mountain goats, Marmots and the occasional tourist littered the beginning of the trek, although most disappeared when I began gaining elevation.

Hitting the top of Mt Spalding, I started getting an odd headache. A painful one right behind my eyes. As I progressed upward, my fine motor skills began to diminish and a feeling of being drunk and hungover all at once began to hit me. As I reached the summit of Evans, I realized my mistake and was in need of some rest, preferably at the bottom of the mountain. Like others before me have found out, elevation sickness is no joke. I hadn’t given myself the time to adjust, and as a result I became sick as fuck. As I climbed down, being careful not to topple over with each step, the drunkeness seemed to let up, but the headache was no joke. Even when I got back to the Jeep (at roughly 9,000 feet) I almost passed out from the pain. Driving to my lodging took longer than expected as I had to stop at every rest stop along the way. Probably not the smartest move in my history, but what the hell, I’ve done a lot worse. 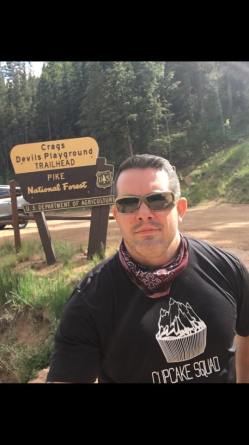 Undeterred by my near defeat the day before (a win is still a win), I woke up early that next day to attempt the fabled Pikes Peak(14, 110ft). Starting from the Crags trailhead, I made my way through the devils playground to the summit.

More of a desert feel than the prior days climb, the heat of July was out in force. But one thing was for sure, my altitude sickness had gone for good. I assume sleeping at around 9000ft the night prior helped me out, as I felt fine my second day on the Rockies.

The summit was a tourist nightmare. The road leading to the summit ended at a sort of shopping mall that sold food, T-shirts and endless shame. I took my photos and hurried back down, jogging swiftly on the downhill slope. As I reached my vehicle, I realized the time was still early afternoon, and with the summer sunset late in the day, I still had a few hours to kill. Some quick google searches and solid decision making lead me to haul ass southward in an effort to catch the sun. After a few hours of driving, I made it just in time to the Great Sand Dunes Wilderness, a popular stop for Colorado’s tourist crowd. 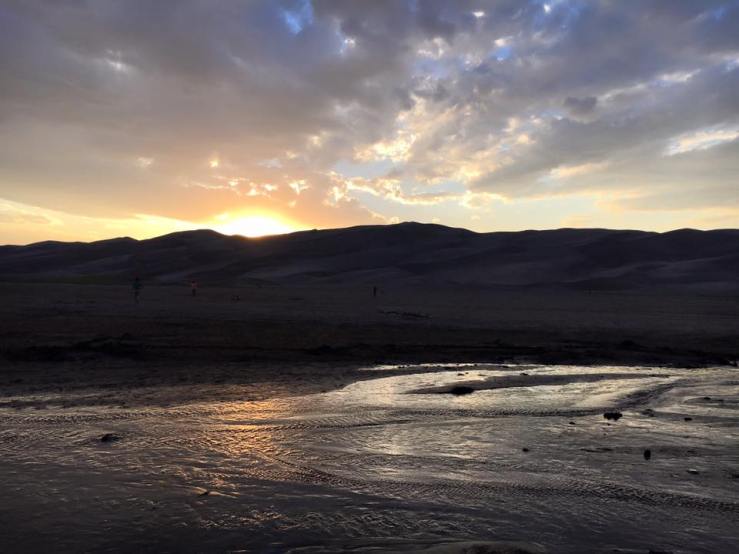 Months prior when planning the trip, my Ex and I decided to make this sunset a priority. I decided to honor this investment and experienced it how she would have liked. It was a nice calming bit of desert, unlike the others I have seen on my travels, even though it brought back memories of deployments past.

It took a while to navigate through the dunes. I had been used to solid rock for so long, walking on an uphill beach turned out to be a bit of a challenge. As the night crept in, I was motivated by swarms of black flies that zoomed in on my position, pelting me from above. In that moment I was grateful my Ex had decided against vacationing with me. I have brought her on many excursions where bugs destroyed nature for us, and one less trip is all for the better. The drive home that night was dark and long. Not many bits of civilization are on that side of the country, and I nearly ran out of gas returning to my AirBnB.

That next morning was the big show. The Decalibron Loop. Named for the four 14,000ft+ mountains that it contains, this is no easy feat. Not working on much rest, I rifled myself out of bed, and bombed down the highway. The road to the mountain was incredibly rocky and as the rental Jeep didn’t have the ground clearance I needed, I was forced to go some of it on foot.

Blessed with green pastures instead of snow or sand, the beginning began like a trip to the alps. Snow covered peaks were everywhere to be seen. The first stop on my list was Mt. Democrat(14,148ft). Rocky as hell at the summit and the windiest peak on my trip, I was in full Brrrrr mode by the time I reached the top.

After summiting and retracing my steps backward, I skirted along the backside of Mt Cameron(14,238ft). This is where the scenery changed from an Alpine wonderland to the surface of Mars. Red rocks and sand littered the area, switching my gears from Brrrr to Empty Quarter. 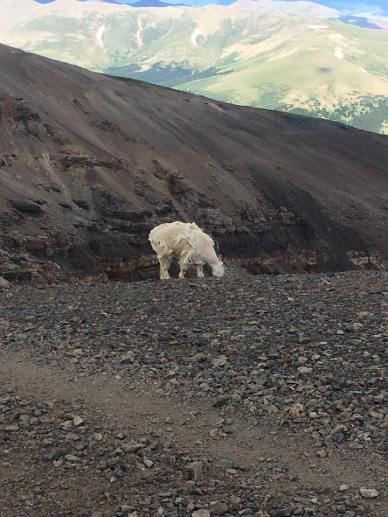 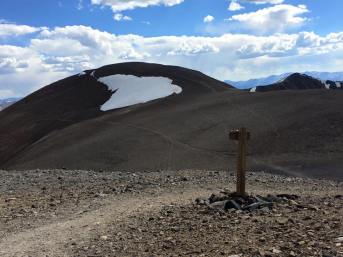 Cameron’s summit was open and exposed, leading to a trail occupied by Mountain goats. And with Mt. Lincoln(14,286ft) in sight, I trudged along my merry way. Lincoln’s summit was easy to get to, if not a bit of a walk. The knife ridge leading out to it raised my pucker level, but nothing I haven’t experienced in the past.

Getting late in the day at this point, and my water levels running lower than I’d like, I made my way to Mt. Bross(14, 172ft) even though it was supposedly “closed”. Not letting some silly rules stand in my way, I passed a few signs stating to keep away and slowly made my way to the top. The way down from here was steep as hell, and I can see why they had placed warning signs to deter people. 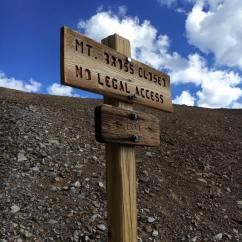 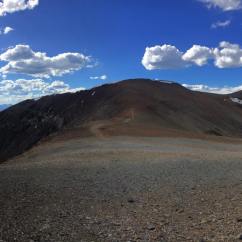 As the day came to a close the sun began to set while I was still on the mountain. This posed a rather large problem as I had only one flashlight, and didn’t expect to be out so late in the day. 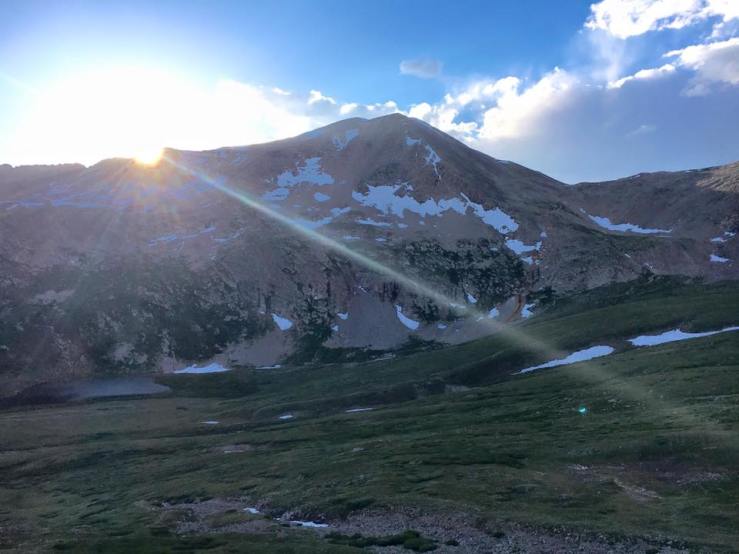 However, the scenery was the best I had seen in Colorado. I got back to my jeep just in time, and stopped for a beer at a local pub to celebrate (and use the shitter. I smelled like a Yak after that kinda day). Trips like these come out of nowhere and are still the highest mountains I’ve climbed to date. Hopefully this year I can surpass myself with Kilimanjaro this October, but elevation troubles are nothing to be laughed at. 7 mountains of this size inside a week is what happens when life knocks us around and gives us motivation to knock right back.