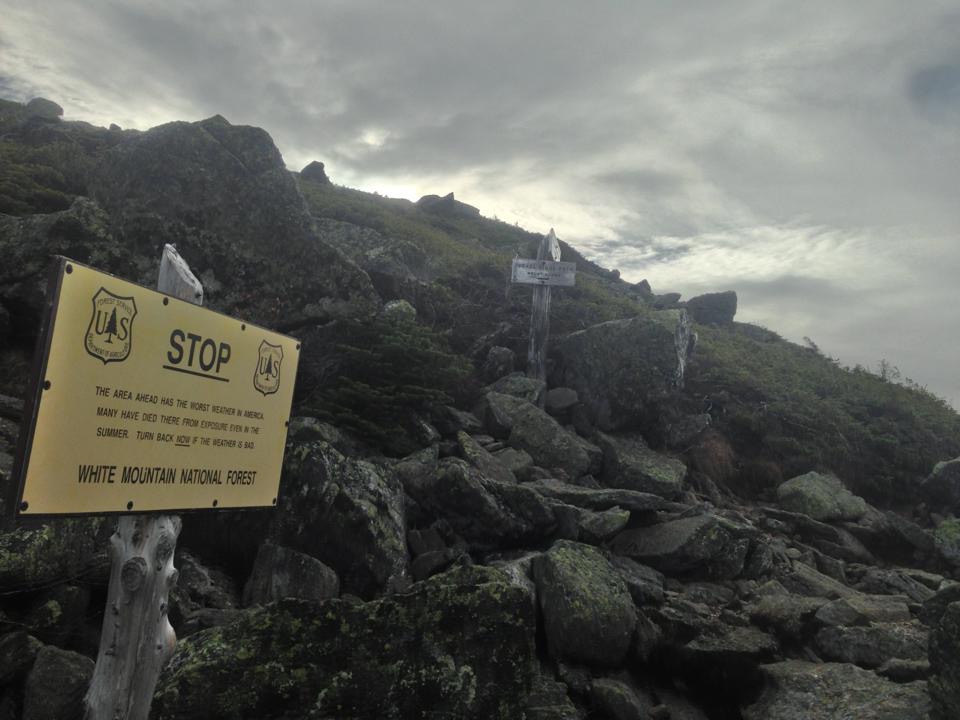 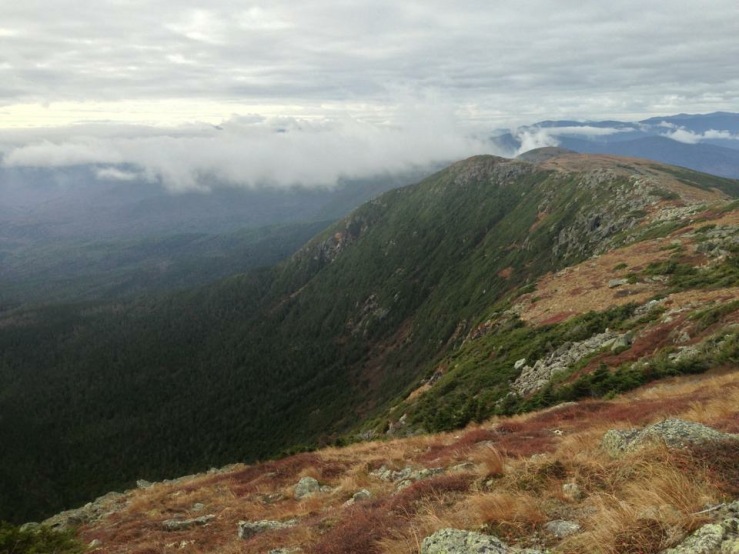 Some things you do in life grind bits of soul away before you’re through. Deployment, Divorce or Departed, events can alter your outlook and change your life’s chemistry. Some of the great schisms in history spawned war, while others nurtured births of amazing resilience and cultural elegance. Few moments in life are we able to point rearward and say ” That’s the point where it changed”. One such moment was achieved over a summer expedition into the White Mountains of New Hampshire some time ago. 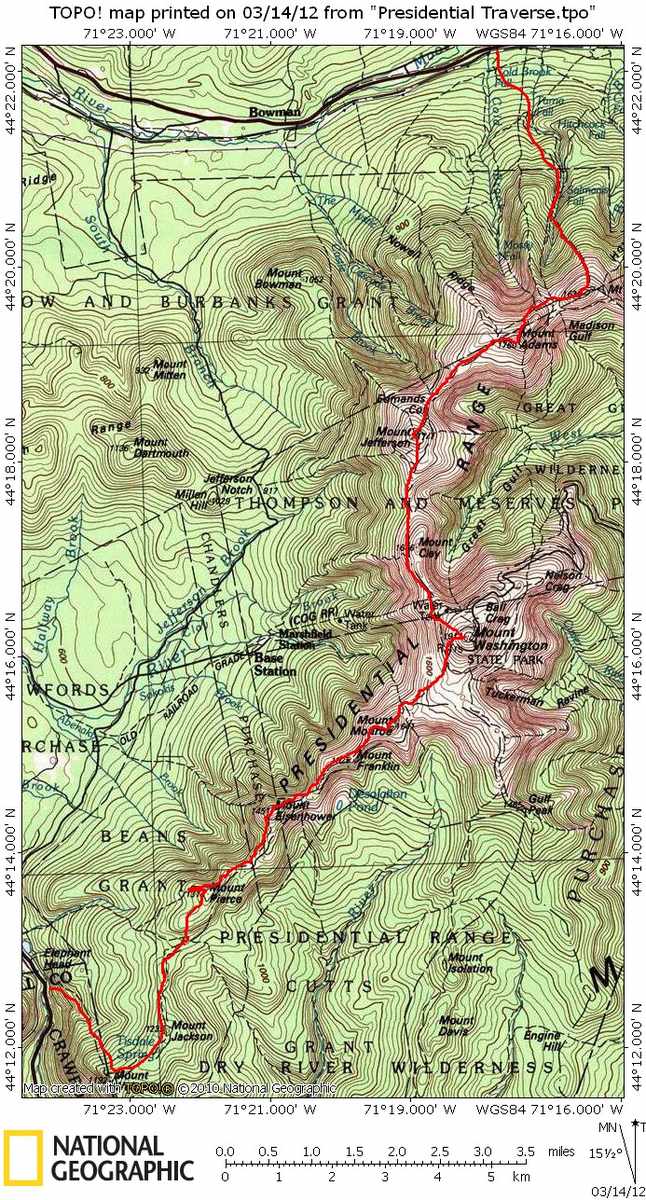 Accompanied by my sibling, our plan was to traverse 9 mountains in a row, the highest in the state, over a 3 day period. From south to north we would climb each of the towering alpine juggernauts named for our country’s great leaders (most of them, one isn’t named for a president, yet I don’t care to look it up, and who really cares anyway?). Covering almost 30 miles and 9,000 feet of elevation gain, this would mark the longest expedition I’d been on outside the military.

We began on a sunny June morning, my head still groggy from the night prior. Crawford Notch, the southern terminus of the presidential range, was our entryway to this hallowed patch of oblivion/foot blisters. We passed a few hikers, but for the most part the trail was our own. Still newbies at proper packing techniques, our bags were filled to the brim, and blugeoning our feet and backs with extra weight. The breakdown was simple, bag three peaks each day and sleep when the lights turn off. Mt Jackson, Mt Peirce and Mt Eisenhower fell the first leg. All three just over 4,000 feet, this was bread & butter operations for the Anderson boys, having climbed many similar peaks already. As night fell however, a rain storm moved in, soaking our evening plans of a star filled nightcap. We retreated on an unnamed trail, fell below the treeline, and slept under a tarp I was smart enough to pack. 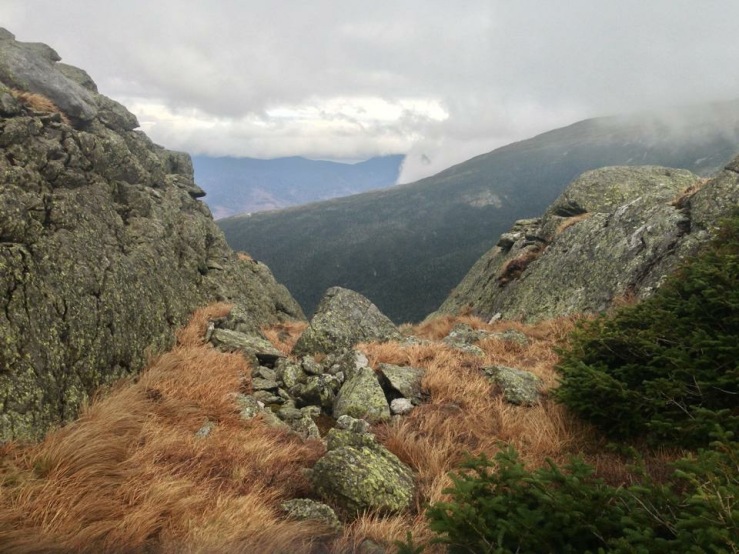 That morning we awoke to a foggy landscape, one that would define the majority of the trip as well as cause problems to our weary eyes. The largest leg of the trip we pushed onward, still hungry from the day before. Mt Franklin and Mt Munroe fell first on the second day. Both over 5,000 feet, the landscape transformed from wooded escape to a stroll on Mars. Littered with rocks, the way up to Mt Washington was more of a boulder crawl than traditional trail walk. 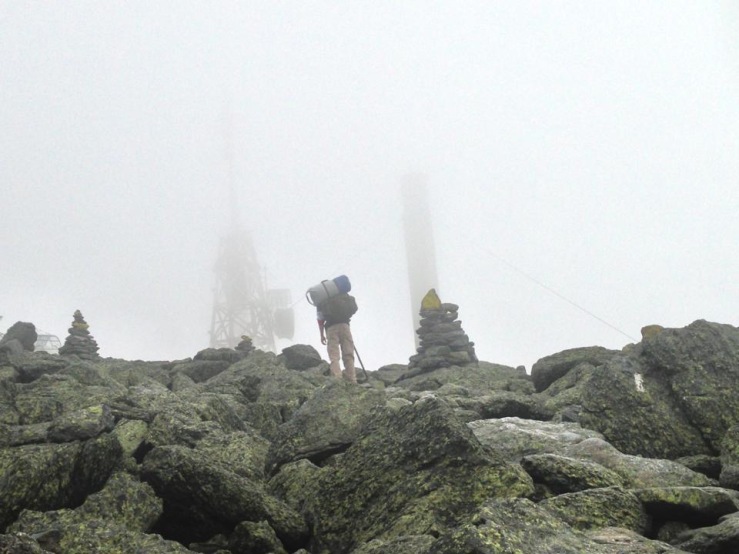 Once at the summit, we found a small gift shop and eatery action packed with tourists and sight seers. After a short break, we once again made our way out into the fray. Finishing out the day, we aimed high for extra credit, scoring Mt Jefferson, and decided to head to camp. Planning to camp at “The Crags”, one of the many local spots to pitch a tent, we got turned around in the thick fog. Reaching out to find our way, with very low visibility, we skirted a ledge under the cover of darkness, reaching our destination well into the night. 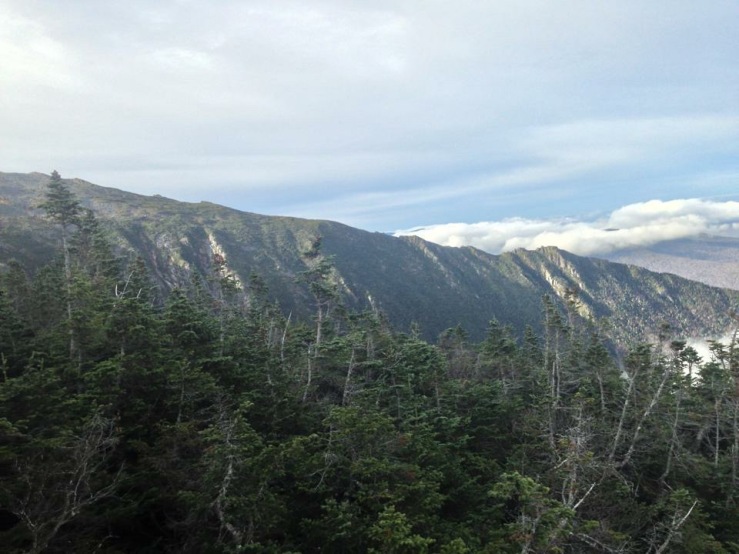 After a night spent under the stars, we woke, paid the local caretaker, and proceeded back up to the Alpine zone. The elevation gain was harder with every step as both my brother and I were diminished from the prior two days. We pressed upward, barely speaking to each other, the exhaustion written on both our faces. 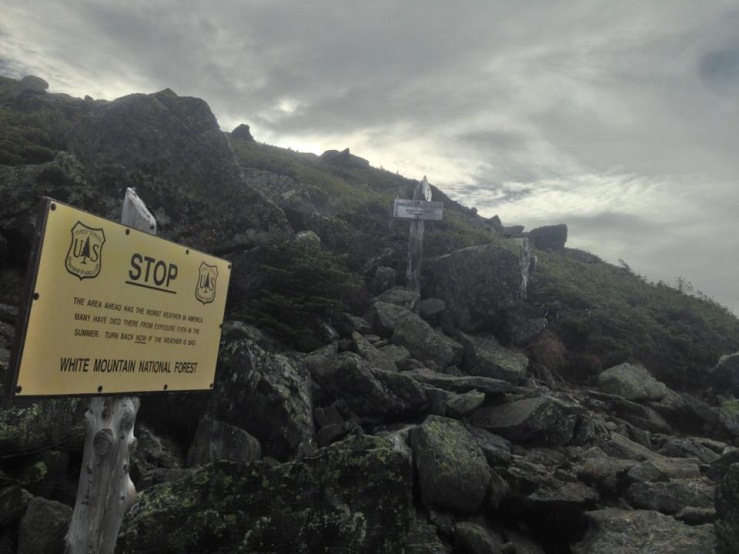 Mt Adams was reached first, followed by a grueling trek up Mt Madison, with a bitter trek down to the road. By the end, every step took considerable effort. Our feet, ravaged by the ordeal, carried us from rock to rock, then onto trail and finally onto sweet pavement. Once reaching the northern terminus of the presidential range, we softly made our exit, via taxicab, back to the beginning for the long drive home. 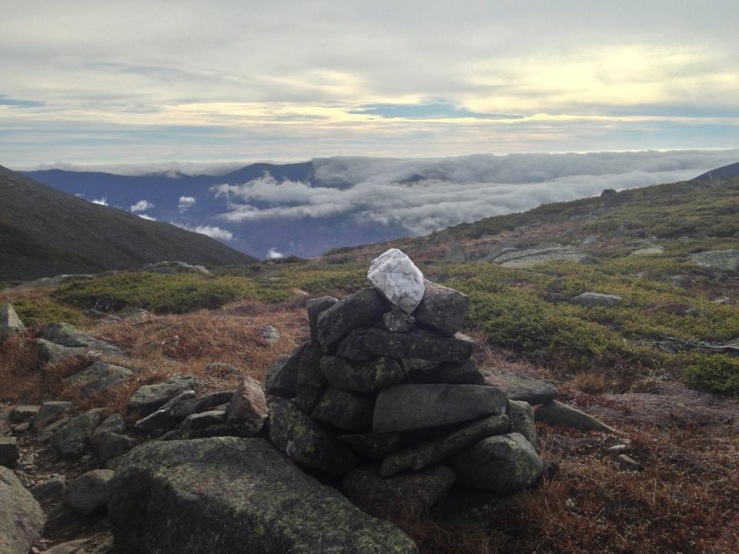 This trip changed the game. Now I was planning large scale adventures outside the military. With nine of the 48 4 thousand footers of New Hampshire crossed off my list, the remaining peaks seemed more in reach. I began climbing often, going on excursions out of state, out of the country, venturing off to foreign lands unhindered by the overpowering military net. I was free to choose my own deployments, my own Away Games, my own adventures. With all the pain it caused, this hike blew open the doors of oblivion for me, letting madness, bravado and intrigue seep in to soak up the blind courage and fortitude I had cultured. For better or worse I was on the move after this endeavor, and haven’t stopped since. 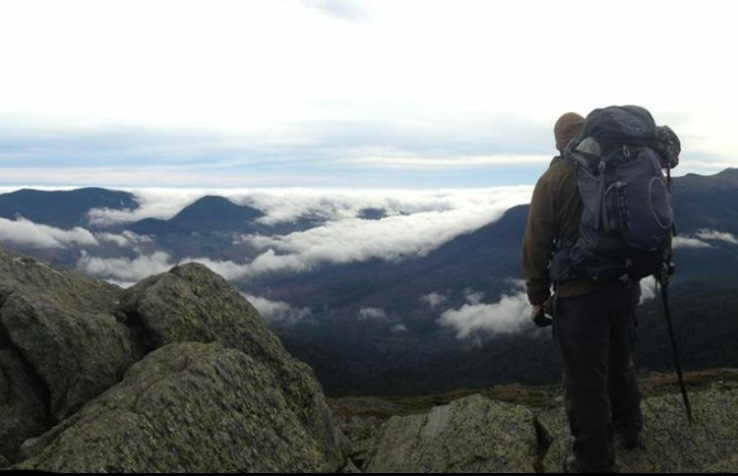