I give as much as possible every year to multiple causes. While I believe each man must take responsibility for his situation in life, I’m not above helping others that might not make it without a helping hand. So, through blood drives, Awareness 5Ks and other events, I give whats due and pay things forward. One of these events is fast approaching, so preparations have become a top priority.

In April of 2013, my Unit and I were tasked with providing crowd control for the Boston Marathon. We had done it for many years and it was generally a nice volunteer event that everyone enjoyed. That year was obviously different, and eventually the cowards were brought to justice and Boston was made safe again. We were awarded for our efforts after the attack occurred, but still left wanting to do more for our city, and for our brothers in arms. So that next year, we decided to participate in the ToughRuck Marathon with proceeds going to the Military Friends Foundation. Unable to lug a 40lb Rucksack on the actual Boston Marathon route, the BAA (Boston Athletic Association) sanctioned an alternate route along the historic Battle Road between Lexington and Concord, MA. We raised a good amount of money for our cause, marched 26.2 miles successfully and then provided security for the Boston Marathon again, only 2 days later.

So this year, while I’m trying to fill some personal voids in my life, I’ve decided to give it another go and ruck the Marathon once again, while also providing the Boston Marathon with added security two days afterward. The preparation is exhausting, but the pay-off worthwhile. And to make the event a success, I’ve spent the last few months raising money for the charity to which the marathon most benefits. The Military Friends Foundation isn’t one of those charities that only 10 cents on the dollar goes to the groups aid.  It doesn’t have CEO’s who are multimillionaires. It helps out men like myself. Military members that have come on hard times for one reason or another. And the Families that are left picking up the pieces of a war torn lifestyle. If you have any extra income, I strongly urge you to donate. Any amount goes towards my goal and every last cent is appreciated. 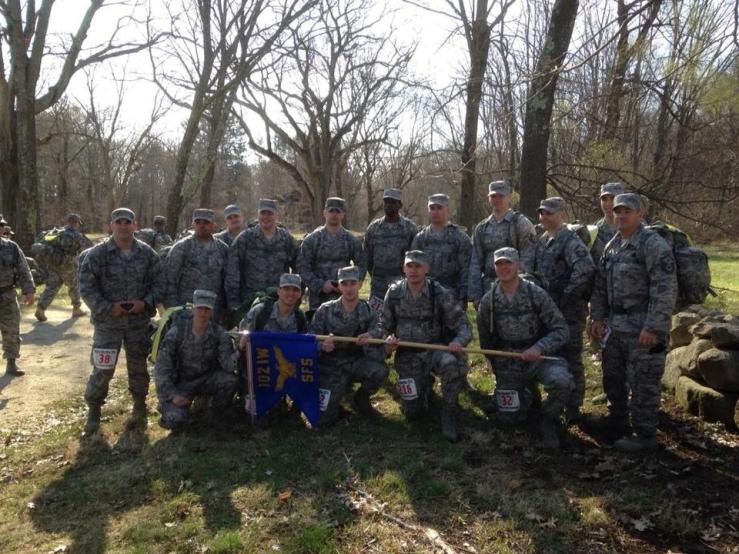 Copy and paste the above link. Thank you everyone!